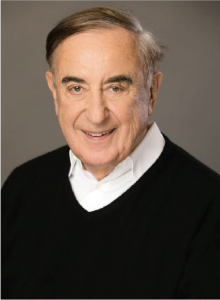 The author of The New Science For Job Hunting is Bob Gerberg Sr., a leading authority on job hunting. Over 30 years he has authored hundreds of audios and videos, and dozens of books.

Originally he adapted the marketing concepts of consumer companies such as Procter & Gamble, Nike, and PepsiCO... to the personal marketing of individuals. His books have sold millions of copies.

Some of them have included The Professional Job Changing System, and $100,000 and Above, 15 New Rules for Job Hunting Success, Great Letters Which Won New Jobs, TAPIT, An Easier Way to Change Jobs,The Personal Marketing Program and numerous others.

Many of these were used in large quantities for outplacement when organizations were downsizing in the U.S., Europe and Asia. This included groups such as the U.S. Marine Corps, the CIA, Warner Lambert, Exxon, Citicorp, Kellogg, Novartis, many Fortune 500 firms and hundreds of non profit and government organizations..

In total, more than $700 million of his publications, audios, videos, resume and outplacement services have been sold worldwide by his firms and others with whom he has licensed and partnered.

Bob served several years an U.S. Air Force officer, and then worked in marketing with Honeywell, PepsiCo and a major food chain. After becoming a VP of Marketing, he entered the employment field..

He has a BA from Colgate University, a year of studies in the Air Force, an MBA from the University of Pittsburgh and advanced studies at MIT, sponsored by PepsiCo.

The New Science of Job Hunting is a major publishing undertaking, something he has worked on for many years and enjoyed the assistance and contributions of his many partners.

The new concepts they evolved came out of earlier advanced versions of the developing courses given to over 200,000 people, and the private management of tens of thousands job campaigns they did for professionals and executives at all income levels.

We use cookies to ensure that we give you the best experience on our website. If you continue to use this site we will assume you accept this.OkPrivacy policy